How Important is my Headrest Height?

This is one of the best things you can do to help eliminate the effects of a whiplash injury. There are many things out of your control when you get into an accident but the things you can control like seatbelt and headrest are crucial. “In a rear-end impact, the neck forms an S-shaped curvature at 50-75 msec after accelerating motion, with the lower cervical spine in hyperextension while the upper cervical spine in flexion. At this time, the lower cervical joints are in extreme hyperextension, far beyond their normal physiological limits, causing damage.”

The headrest prevents a phenomenon called ramping. “The ramping effect on the occupant causes the torso, shoulders, neck and head to rise along the path of the seat belt by 3.5 in.” As stated by Dan Murphy even having a headrest at optimal height still can cause whiplash due to this ramping effect. Auto accidents are very unique and hard to predict.

Another key factor that determines the damage from a rear end collision is which way was your head facing at the point of impact. “Slight rotation of the head at impact prestresses the capsules of the zygapophyseal joints, intervertebral discs and the alar ligament complex, rendering them more susceptible to injury.” These are just fancy terms to say that your joints are more stressed and the ligaments around them are more susceptible to injury.

This is why if you have been in an accident it is important to get checked out by one of our doctors at Peak Potential Family Chiropractic either in The Woodlands 281-719-5004 or Champion Forest 281-719-9708.

About the Author: Zach Behnke 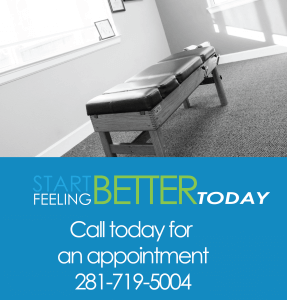